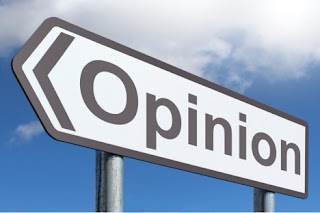 Does the Bible fit with your opinions?

Some people have a mixed up approach to the Bible. They start with their own set of beliefs. Then after reading a passage of Scripture they evaluate the text based on their opinions.

For example, think of an occasion when you were hurt by something a friend said about you. Even worse your friend didn’t seem to care; he/she never offered a simple apology.

What do you do when you read a verse of Scripture encouraging forgiveness? Do you accept the teaching and forgive or do you explain…
If a person approaches Scripture with a predefined view of the requirements of forgiveness, he will either ignore biblical teaching or justify his point of view. The glaring flaw in that kind of thinking is in starting with human definitions and applying human reasoning. That is nothing less than evaluating God’s word by personal opinion or human standards.

As another example think about your anger.
How are these questions to be answered?

These are only two examples in which human reason butts heads with biblical teaching. The difficulty comes when human reasoning is favored because it appears to be reasonable, and/or appears to be backed by human research.

When God revealed His divine character, He declared that He forgives iniquity, sin and transgression. In the same statement God declared that He was slow to anger. (See Exodus 34:6-7.) For us to be like God we must also be forgiving and we must control our anger.

Regardless of the issue, rationalization and self-justification come from immaturity and selfishness. If you recognize that you sometimes turn to human thinking to evaluate God’s word, what can you do?

First, recognize that you are not a piece of equipment that can be repaired with the right parts and the right tools. Rather, the problem is in the heart; a faith problem. You will need outside assistance. There is no switch to flip and no magical verse that will make everything better.

You must be serious about change. So, start on your knees in earnest prayer asking God for a change of heart. Rise up trusting that He will act. Then, commit yourself to listen eagerly to His word.

MarkS
My name is Mark Stinnett and I currently serve as the preacher for a non-denominational church of Christ in Quincy, Illinois. My passion is to communicate the message of God to any who are interested. The church website where I preach hosts a number of audio resources on a variety of topics and books of the Bible. Click the link to go to the Quincy Church of Christ. Bible quotations are taken from the New American Standard Bible (1995 Update) unless otherwise specified.